The impact of shutting down mobile money in Uganda

The impact of shutting down mobile money in Uganda

On February 18, 2016, the people of Uganda went to the polls to vote in the Presidential and Primary elections. Citing a threat to “national security,” the Uganda Communications Commission ordered mobile network operators to shut down key social media sites (WhatsApp, Facebook, Twitter) and disable mobile money platforms.

While many savvy mobile users defied government warnings and quickly downloaded Virtual Private Network applications to circumvent the social media ban, they remained without access to mobile money for nearly four days until the restrictions were lifted. While frustrating for users, the events provide us with something close to a natural experiment to assess the impact of removing mobile money from a country. We spoke informally (and off the record) with various stakeholders to gauge how the shutdown affected different groups.

While it was widely anticipated that the government would declare a public holiday for the election and that bank branches would therefore be closed, the mobile money shut down caught people by surprise. The combination of banks being shut on a public holiday and the fear of possible election violence led millions of mobile money users to top-up their mobile money accounts, thinking this would be a safe and liquid way to hold funds in case of emergency. One of the providers we spoke to saw a 400% increase in mobile money cash-ins (both volume and value) before the election – signalling that people were giving themselves the flexibility of making payments via mobile money or cashing out via mobile money agents, when needed.

The abrupt shutdown of mobile money platforms without any prior notice left millions of customers stranded without access to needed funds for the weekend. Parents of school age children, expected to begin the new term the following Monday, were unable to pay school fees. Bridge International Academies, a leading provider of affordable nursery and primary school education across Africa, operates 49 academies in Uganda. To reduce fraud, they insist on electronic payments. According to a source from Bridge, the day after the ban was lifted they received over 1,000 payments from anxious parents, compared to just 50 received via bank transfer during the four-day shutdown. Bridge had to give parents a\r\n one-week grace period to avoid having to turn pupils away.

Others were left without access to utilities as they could not conduct electricity top- ups or pay for water bills via their mobile money accounts. Approximately half of the 800,000 customers connected to the electricity grid have pre-pay accounts, many of which would have found themselves without any way of topping up their accounts. Brian, a student, had an experience similar to many. He was unable to pay his bill at the utility offices as they were shut and couldn’t pay with mobile money as he usually does, so he had to wait four days to turn the lights back on.

Perhaps the biggest impact is that the customer base may have lost faith in a system that can be turned off and on at the whim of the government regulator. The result of this distrust was visible for everyone, especially mobile network operators, as many users emptied out their mobile wallets as soon as platforms went live.

The Airtel Uganda mobile money platform is used by around 650,000 unique users per day and processes around 30 billion Ugandan shillings (8.8 million USD) in transactions. The shutdown resulted in the telecom losing thousands of dollars in revenue across the four-day period.

Mobile money agents were also affected. Moses is a typical agent with a kiosk in Arua park in Kampala. As well as the commission from performing cash-in and cash- out transactions he also sells airtime and groceries. When customers realised that they couldn’t use mobile money they stayed away from his store. He estimates that the shutdown cost him 500,000 shillings ($150) in revenues.

Impact on Other Businesses and the Government:

Companies that rely on payments via mobile money such as providers of solar household systems also felt the impact and in some cases had no choice but to refuse to serve customers or to continue to provide services at a loss. We spoke to one of the leading providers of solar household systems in Uganda which uses a pre- pay model and only accepts payments by mobile money. They typically process 2,500 payments a day. Customers usually top up when they have run down their balance to zero: this means that around 10,000 customers would have had their electricity cut off if the management had not decided to provide their customers with free power for four days to preserve good will.

The Government also suffered direct and indirect financial losses from the shutdown. The Uganda Revenue Authority taxes revenues earned from mobile money transactions both by agents and mobile money providers at 10%. The mobile operators are among the largest taxpayers in the country. By shutting down mobile money services for four consecutive days, the government deprived its own revenue agency of much needed tax revenues.

Mobile money users in Uganda are fairly used to network outages and having to wait to make transactions, but will not have experienced a complete shut down across all networks like this before. As Joni Mitchell tried to warn us: you don’t know what you got till it’s gone.

This post was first published on the CGAP blog 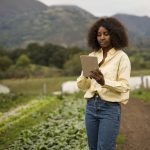 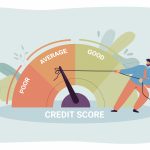 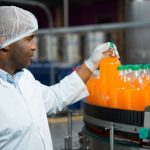 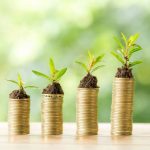