More than 2 billion people lack access to a financial account – with nearly one out of every three women globally excluded from the formal financial system. The persistent gender gap is according to the 2017 Findex Survey, concentrated in three regions: The Middle East and North Africa with the largest gap at 17 percent, Sub-Saharan Africa at 11 percent and South Asia at 11 percent.
The current global account access is estimated at 68 percent, suggesting continued progress. However, scholars argue that if the numbers for inactive accounts were to be included, this number would reduce significantly. The gender gap in financial inclusion among developing countries has stalled at 9 percentage points over the years with few exceptions of countries like Cambodia, Indonesia, Myanmar and Vietnam where men and women equally own accounts. Why? Is it because culturally, in this matriarchal society, women are considered the financial managers of the household? Or could this be owed to specific legal and policy pronouncements that have been made to encourage actions that ensure continuous broadening and sustained financial inclusion? Or both?

The reality is that countries with high gender gaps in account access tend to have gender gaps in many facets of life and thus strategies aimed at closing the gap ought to critically establish the situational analysis of said regions to establish solutions best suited to the needs of the men and women of the particular region. The gender gap in India for instance, has reduced significantly from 20 percent in 2014 to 6 percent in 2017 mainly due to various incentives by the government. However, despite this achievement, India is well on its way to becoming the country with the highest number of growing dormant accounts. A look closer at Sub-Saharan Africa where the levels of financial inclusion are on the rise, a few countries like Nigeria seem to record declining numbers in financial inclusion from 43 percent adult penetration of formal accounts in 2014 to 30 percent adult penetration in 2017. Nearly twice as many men as women in Nigeria have accounts, and the gap was much larger in 2017 than it was in 2014 and 2011. While account ownership among men has increased significantly, account ownership among women has largely stagnated with Nigeria being one of the largest countries in the world with a significant gender gap. The penetration of Mobile Money which is the highly acclaimed driver of financial inclusion in Sub-Saharan Africa has only a mere 3 percent penetration in Nigeria translating to about 6 million of a total population of 186 million. For a population that has 93 percent of it adults owning mobile phones, it therefore begs the question why the decline?

The recent FinScope Uganda 2018 report demonstrated that Uganda has indeed made significant strides toward financial inclusion with 77 percent of women now reported to be financially included not far behind their male counterparts, 78 percent of which are financially included. On face value it might seem that Uganda has high levels of gender inclusion, however, a deeper examination reveals that there is a big gap between access and usage of formal financial services; where women are reported to rely mainly on informal financial services such as saving groups. The gap in account access demonstrates that in most of the countries with a large gender gap, women face multiple barriers, not just financial access barriers. The disparities appear to be interlinked in complex ways. This suggests that multi-faceted strategies in a range of development areas will be needed to overcome these disparities. It also points to a presence of deep seated societal norms that may be resistant to change. For example, a common social norm in parts of Sub-Saharan Africa is that it is not appropriate for women to interact with men outside of their close family, and indeed, women’s movements outside of the home are restricted. This can have an impact on many aspects of access to finance from not being able to visit agent stalls, having lower exposure to marketing and fewer people to asking for advice. However different they may be from region to region, social norms influence nearly every aspect of daily life. Restrictive social norms are part of the reason why 42 percent of women and girls worldwide, approximately 1.1 billion, do not participate in the formal financial system. Despite this, financial sector regulations often do not consider these norms.

To effectively incorporate women in formal finance, more engagement and research into social norms is critical and they should be recognized as critical barriers to women’s engagement within the financial sector. Expanding financial inclusion for women also requires deliberate attention from policymakers: not too vigorous, not too interventionist. This does not mean embracing a set of policies focused only on women, but rather fine-tuning policies to close the gender gap in financial inclusion. We don’t need gender-specific policies, but rather policies that work for women. 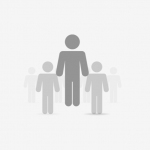 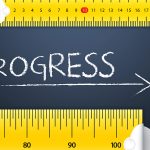 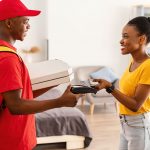 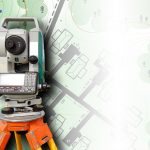